You Are Here :Home > News > Company News > The Advantages You Should Know About Our 4D HIFU Machine

High-intensity focused ultrasound (HIFU) is a relatively new cosmetic treatment for skin tightening that some consider a noninvasive and painless replacement for facelifts. Its interior heat is solidified from the exterior and contributes to the tightening as well as lifting effect of fascia, after which the subcutaneous structure is precisely improved from deep to shallow, shrinking aged collagen and stimulating its rebirth. 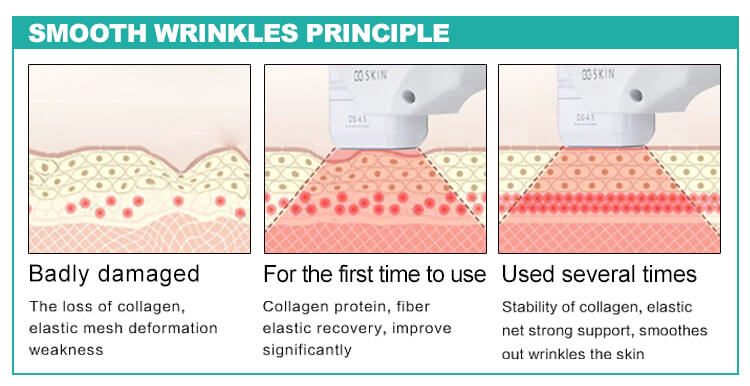 Just as its name implies, HIFU adopts high intensity focused ultrasound energy, focusing on the collagen layer and at 1.5mm up to 4.5mm of subcutaneous tissue respectively, which stimulates collagen production from all layers of your skin from the superficial layer down to the SMAS layer.

Once the cells in the targeted area 65℃, they experience cellular damage which stimulates the cells to produce more collagen that provides structure to the skin. The increase in collagen results in tighter, firmer skin with fewer wrinkles. Since the high-frequency ultrasound beams are focused on a specific tissue site below the skin’s surface, there’s no damage to the upper layers of the skin and adjacent tissue.

High-intensity Focused Ultrasound (HIFU) penetrates focused and volumetric ultrasonic energy at precise depth (8mm and 13mm) in subcutaneous fat layers targeting fat tissue causing a thermal effect. At the same time, the surrounding structures such as the epidermis, blood vessels and nerves will not be damaged. Meanwhile, the metabolized contents (triglyceride, fatty acid) of cells will excrete from the body automatically through blood circulation and lymphatic drainage without harm to the human body.

HIFU(basic version) can only make one line in one operation, and each probe has a maximum of 1000 shots, which can’t meet the needs of customers who urgently need to see the treatment effect. After years of research and development and technological progress, 4D HIFU appeared.

With the largest energy width of 10mm, 4D HIFU can dot maximum lines of 12 at a time, which reduces the operation time to a large extent and makes the energy point functioning on the skin more evenly. Having more than 10000 shots, 4D Hifu can be used for a much longer time than other similar skin rejuvenation machines. Adopting the most advanced technology, its probes are able to play their roles in different depth of the skin. The strict compliance between targeted area and setting value also supplies patients with a painless and comfortable experience.

In a word, HIFU is considered a safe, effective, and noninvasive procedure for tightening the facial skin and body slimming. Most people see full results three months after their final treatment. 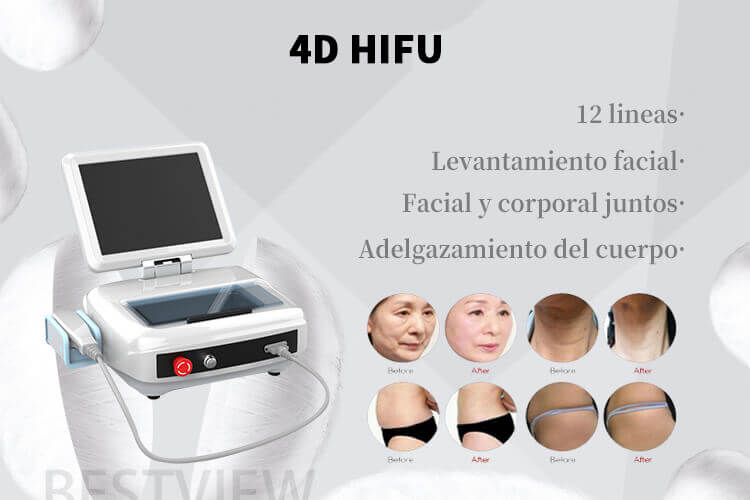 Is the effect of CO2 laser scar removal good?

Are there any side effects of upper lip laser hair removal

Will HIFU ultrasound machine treatment have side effects and sequelae

IPL photorejuvenation and treatment of dermatology

Efficacy and side effects of ultrasound HIFU beauty machine

Effects and side effects of picosure laser freckle removal